Every Drop Counts at Regis

Regis Towers has successfully reduced water usage by 44 litres per bedroom per day over a period of 18 months - creating cost savings of 35,000 per annum. A focus on monitoring and management continues to highlight opportunities for improvement.

Regis Towers is a residential complex in Sydney’s CBD. The complex has 3 towers, 646 apartments, and is managed by Strata Title Management.

SUMS Group commenced the installation of data loggers in February 2016. At this time benchmark water usage at Regis was 591 litres per bedroom per day. In the first 2 months after installation, Management (with the assistance of SUMS Group and on-site plumbers) identified and rectified several main water leaks occurring in common areas.

An example of high water usage occurred early in 2017. High water usage was detected in Castlereagh Towers and a detailed investigation finally revealed a leaking fire sprinkler located in a ventilation shaft. Due to the nature of this leak the problem was concealed behind the wall and the problem would not have been detected without SUMS online access to water usage data. 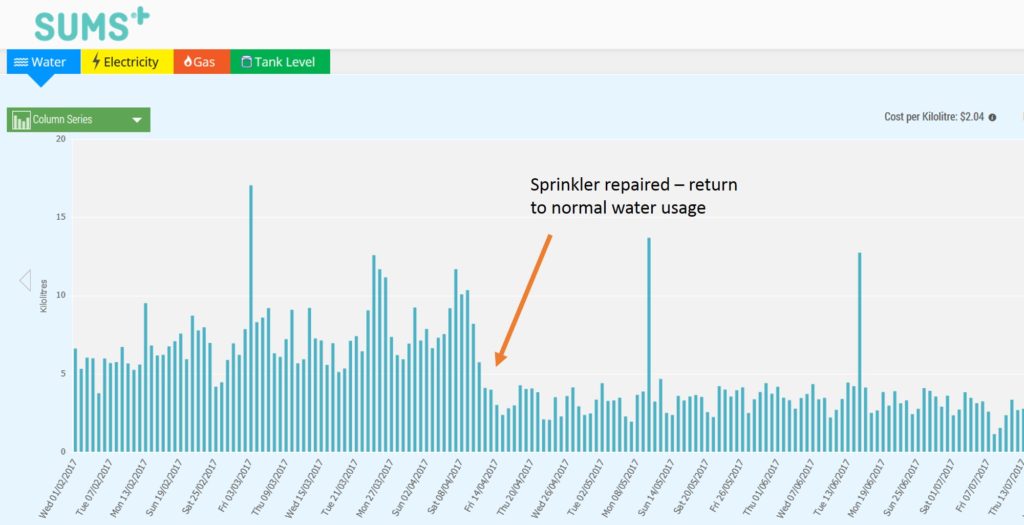 Figure 1. SUMS Graph illustrating water usage before and after concealed leak is rectified

The following graph illustrates high water usage while the hidden leak is occurring and the subsequent drop in water usage after the problem has been resolved.

The outcome over the past 18 months has been significant. Today, strata and building managers have:

All of these factors combined to reduce benchmark water usage to 547 L/bedroom/day.

Regis Towers will continue to work towards improved sustainability and building efficiencies.  As a first step, Strata Title Management and onsite Building Managers have signed up to the Smart Green Apartments (SGA) program to create resource savings (energy, water and waste). Over the past year SGA has provided access to sustainability resources, technical support, SUMS portal training and networking.

Regis Towers’ plans for the coming year include:

The table below illustrates Benchmark Categories for water use per bedroom per day.

The goal is to reduce benchmark water usage to be closer to recommended benchmarks of 300 L/bedroom/day. This is an admirable target for the Strata and Building Managers at Regis Towers as this is a highly tenanted building with a large number of serviced apartments attracting primarily short terms stays. However, having already reduced water usage by 7.5% over 18 months, and with constructive plans for further improvements, it seems likely that this complex may succeed.